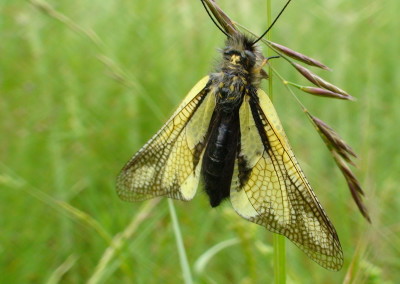 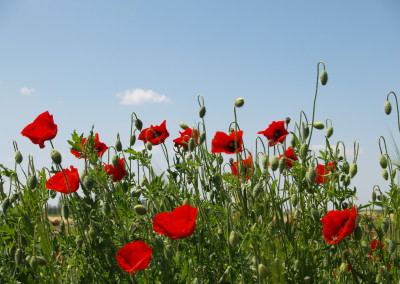 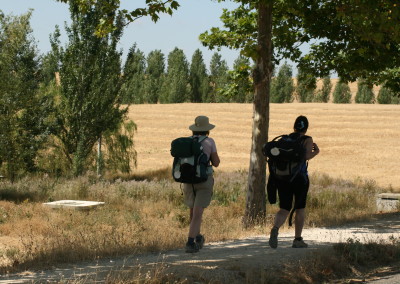 mention of this villa is also made in the famous jurisdiction of Nájera, the foundation of the Spanish municipal organization, awarded by the same monarch in the early eleventh century, and the jurisdiction of Logroño granted by Alfonso VI in 1095.

In different real donations of this century, it alluded to a neighborhood Ventosa, called Troseca and located between the towns of Santa Coloma, Ventosa and Manjarrés. Troseca was donated by King García IV of Nájera in 1046 his wife Doña Estefania, and the same year of the death of the monarch in the battle of Atapuerca (1054), the widow queen it joined the monastery of Santa Maria de Nájera. The year 1049, on the occasion of the donation made by Garcia Najera monastery Pedroso to San Millan, the monarch receives from the vassals of the monastery “80 cows, 600 sheep, 100 pigs to remain free those vassals in another authority “; Sandoval adds that one of the taxes owed to the king’s neighbors Badarán, Cordovín, Terrero and Ventosa was to bring wood for the construction of the Royal Palaces of Najera, where the monarch held court.

In the census of the population of the Crown of Castile in the sixteenth century, in article of Nájera with 50 neighbors, around 250 inhabitants. In the eighteenth century is the Dictionary of Spain divided into provinces as people of realengo with ordinary mayor. Gazetteer published in Barcelona in 1830 recorded 127 neighbors, 634 souls; and the census for the formation of provinces of Logroño, 166 neighbors, 764 souls. At this time Ventosa had a Pilgrim Hospital, given its location in the Camino de Santiago.

The festivities were held on July 2 in honor of the Virgen Blanca, but for some years, have moved to the first weekend of July.

Among its illustrious sons is Don Francisco de Esquivel and Aldana, who was two rector of the College of San Bartolome de Salamanca, Professor of that University and hearer of the Chancellery of Valladolid occasions. Knight of the Order of Calatrava, died in 1685