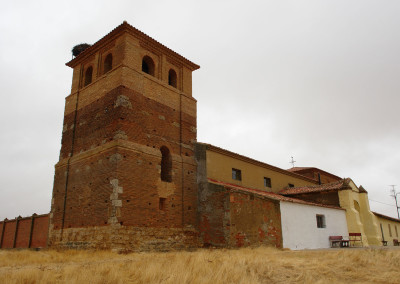 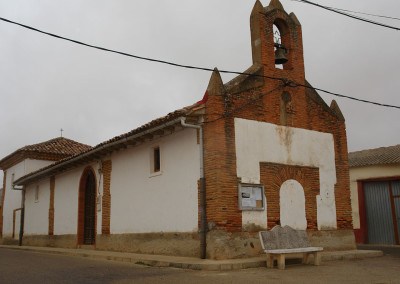 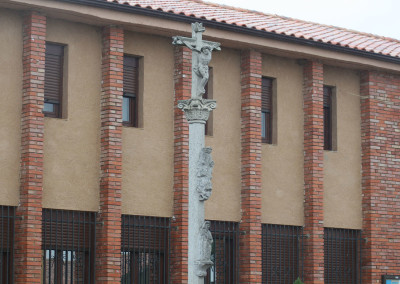 Calzadilla de los Hermanillos is a town southeast of Leon in full pilgrimage route and at the same time or on the Via Traiana Roman road.

A typical moorland village of Tierra de Campos that tends between Cea and Esla rivers, grain, rural architecture defined fundamentally by the mud, enormously hardworking and noble people bleeding of emigration has spread through the world.

The people of genuine Jacobean configuration, was taking shape along the Avenue of the Pilgrims and close to the source, forming the Calle Mayor, a distance through which the coming puffins Sahagún erected a chapel dedicated to the Virgin of the Dolores, who has deep-rooted devotion Calzadilla. The chapel retains certain similar to the Romanesque brick Sahagún structures and was restored in the sixteenth century based on paintings of mud and executioners of compacted brick as “the breadbasket” near the church building and that, in his time he served as a granary or grain bank loan.

In Calzadilla had probably before the arrival of the friars a Visigoth temple or mozárabe which was destroyed by the Arab leader Almanzor in his wanderings of persecution of Christians of Leon and Galicia, as it happened, as is documented, with all buildings bercianos. On top of the pile of rubble she returned to edify the church Calzadilla, who reputedly was dedicated to Saint Barthelemy. This temple, reformed during the sixteenth and seventeenth centuries with contributions from the membership and various brotherhoods, especially the Blessed Sacrament, is the one that has reached our days.